The culinary world is filled with unexpected technical feats of cooking prowess: starting with a wide range of specialised cuts for vegetables, fish, meat and herbs to name a few. Beyond making a dish beautiful, classic knife cuts are a practical way to ensure each ingredient cooks evenly.

Tackling any ingredient will come comfortably, efficiently and safely with the right tools – a chef's knife and large chopping board – and plenty of practice. Here, celebrated chef and AEG ambassador Mark Best shares his tips and techniques on culinary knife skills for the home chef.


Best for leafy green vegetables such as spinach, sorrel, or Swiss chard, or a flat-leaved herb, like basil, this technique is achieved by stacking and rolling leaves together tightly, then slicing on the perpendicular. “This common contemporary technique can also be used for coleslaw and a garnish of fine herbs, like parsley and basil. Some care and a very sharp knife will give a superior result,” says Best, advising a sharp Japanese mandolin instead for a uniform result when cutting firm lettuces or cabbage. 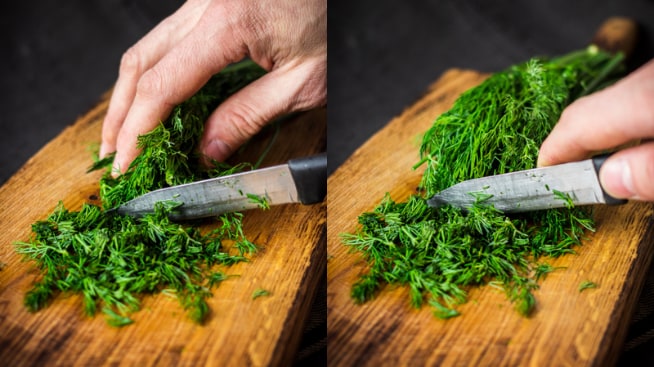 
The finest dice of small uniform cubes, the brunoise is an extension of the julienne. The ingredient is first julienned and then turned a quarter and diced, producing cubes of about 2-3mm on each side. “This knife cut is classically used for clear soups especially in formal occasions where spoons are small and mouthfuls around conversation circumspect,” says Best. As a general cutting technique rule and to avoid accidents, ensure your knife is kept sharp enough to cut through the skin of a tomato without any pressure. “Chopping an onion with a very sharp knife produces no tears,” says Best. 
Translating to “country style”, this common cutting technique often used on vegetables refers to slicing your ingredient thinly but keeping with its natural shape. Remember, no matter what you’re cutting, tuck your fingertips under you knuckles and hold with a clawed hand to avoid any cutting accidents at the tips of your fingers. “Producing 1cm x 1cm squares of vegetables about 1 mm thick, the paysanne cut is used for soups or trims in some aromatic preparations when the cooking time will be short,” says Best, adding, “It’s particularly useful for minestrone soup so that the vegetables cook evenly and the evenness of cut makes for a more refined dish that actually enhances the flavour.” 
Often eaten as is in a dish like a salad, these uniform 4-5mm cubes are achieved by cutting down a vegetable or fruit baton. Best says while the macedoine cut is mostly used for fruits due to their delicate nature, this technique can also be used for vegetables, “especially root vegetables, in quick braised dishes.” As a general cutting rule, when you grasp your knife with your dominant hand, it should be far enough up the handle so your fingers are grasping the blade itself at the point it meets the handle. 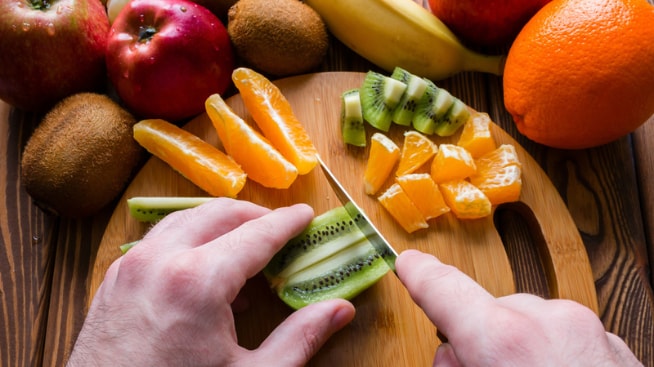 
Allowing ingredients to cook evenly, this method is known as the matchstick cut. After peeling and trimming, slice your ingredient into even sticks roughly 3mm x 3mm x 5cm, or the size of a matchstick. Best says, “this common kitchen cut when done carefully can be quite beautiful, especially in Chinese style broths or salads, where the care taken with the preparation of the vegetables, reflects on the status of the guest. 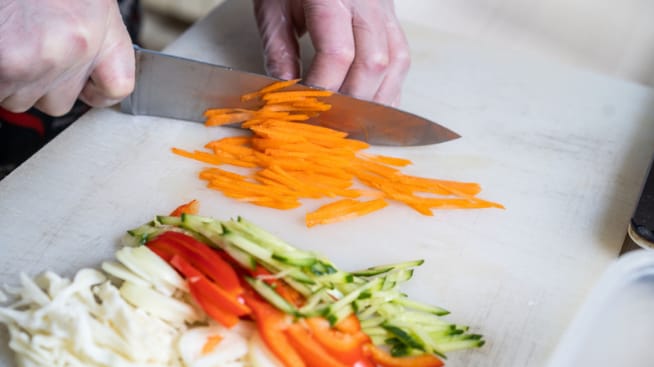 READ THESE ARTICLES NEXT

3 TIPS TO PACK LIKE A PRO
Whether you fold or roll, use pouches to compartmentalise or line with tissue paper, packing a suitcase is an artform. Here are our 3 best tips for packing.
Learn More

PRODUCE: WHY HYPER-LOCAL IS THE NEW LOCAL
Local & seasonal dining has been a buzzing trend for the last couple of years. Here’s our guide on the best ways to prepare your hyper locally sourced produce.
Learn More

4 EFFICIENT CARING TECHNIQUES FOR YOUR CAPSULE WARDROBE
Are you capsule-curious when it comes to your wardrobe? We unearth how to create a high-quality minimalist capsule wardrobe for winter.
Learn More

LUXE FOOD TRENDS YOU CAN EXPECT TO SEE IN 2022
One of the food trends we can expect to see in 2022: luxury. Accessible indulgence and premium quality products are of increasing interest. Discover more.
Learn More

MASTERING KITCHEN TECHNOLOGY
AEG’s innovation centres around fueling your creativity rather than taking the fun out of cooking, so prepare to be inspired AEG Mastery Range gives you the resources of a commercial kitchen in the comfort of your own home to ensure control and precision in cooking with high quality appliances.
Learn More

THERE IS MORE TO DISCOVER

We'd love to know what you think about AEG, so why don't you leave us a review!
Explore More

AEG thrives on innovations that give you the feeling of mastery in cooking & laundry care. Discover technology in AEG appliances.